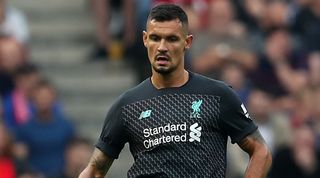 Gazzetta dello Sport writes on Thursday that the two clubs are still locked in talks over the structure of a deal that could see the Croatian leave Anfield after five years on Merseyside.

An agreement is yet to be reached as Liverpool hold out for a €20 million transfer fee.

Roma are offering €3 million up front for an initial loan, with the obligation to make the move permanent in a year’s time set at €12 million - although this clause would be linked to how many appearances the centre-back makes.

The Giallorossi could compromise and raise the future fee to around €15 million for a deal worth around €15-18 million in total.

RETRO Was football really better in the '90s? I long for it, but my students prove every generation is different

QUIZ! Can you name Liverpool's line-ups from each UEFA Super Cup victory since 2001?