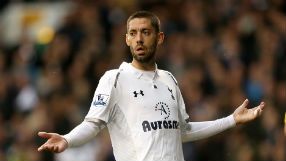 The American was pivotal in the Cottagers' run to the final in 2010, when the West London side ultimately lost a tightly-contested match to Atletico Madrid in extra-time. But Dempsey believes Spurs can go one better this year.

"It was tough for [Fulham] to get all that way and not win the final, but it was a great experience and I'm sure everyone on that team will remember it," Dempsey said.

"We had luck then and we need that now, but we do have a lot of quality in this team. As long as everyone is working hard and focused, you always have a chance.

"And with the quality we have, I can't see why we can't go all the way and win it.

"You get to play against some of best clubs in Europe. That's why we are all excited about the possibility of going on a run and doing something special.

"This club deserves to be in the Champions League really as they finished fourth last year. It was only because of a technicality that they didn't."