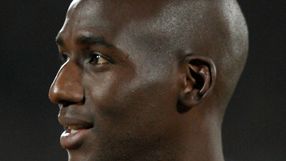 "The ban includes the three matches Diarra already missed following the disciplinary committee's decision to suspend him provisionally on October 21," the LFP said in a statement.

France captain Diarra, Bordeaux's holding midfielder, pushed the referee after being sent off in a 1-0 loss at Auxerre last month. He apologised immediately afterwards.

Diarra will miss the league games versus Valenciennes, Nancy and Arles-Avignon but can play for France against England at Wembley on November 17 because the ban only covers domestic games.