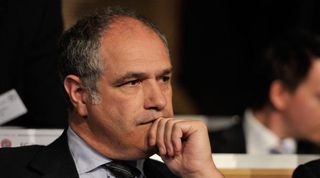 The former Barca and Spain goalkeeper was appointed in July 2010, but the Catalan giants revealed on Monday that the 53-year-old has been relieved of his duties.

A statement on Barca's official website said: "The FC Barcelona president Josep Maria Bartomeu has decided to terminate as of today the contract of the club's director of football, Andoni Zubizarreta.

"The president, in the name of the club, thanks Andoni Zubizarreta for his contribution, dedication and professionalism over the last four years in his role at the head of the club's football area."