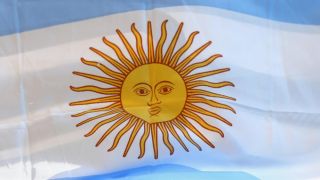 Despite the doubts that were lingering over their participation at the Olympics, Argentina have announced their 18-man football squad for the upcoming Games in Rio de Janeiro.

Martino and his coaching staff had issues putting together a team for Rio 2016, with several clubs unwilling to let their stars compete, with the Games clashing with the start of the 2016-17 season.

However, following the announcement Julio Olarticoechea will take charge for the Games - which begin August 5 - Argentina have confirmed their 18-man squad for the tournament.

Juventus had already stated Paulo Dybala would not be allowed to compete, while Inter have seemingly not let Mauro Icardi represent his nation at the Games either.

The biggest stars in the squad include West Ham's Manuel Lanzini and Atletico Madrid duo Luciano Vietto and Angel Correa.

Joaquin Correa (Sampdoria), Lucas Romero (Cruzeiro) and Geronimo Rulli (Real Sociedad) are the only other players plying their trade outside of Argentina.

Meanwhile Independiente's Victor Cuesta is the side's only over-aged player out of the permitted three, with Everton's Ramiro Funes Mori and Villarreal's Mateo Musacchio, who were in the preliminary roster, not included.

Another player to miss out is Sao Paulo's Jonathan Calleri, who is lining up for the side's two-legged Copa Libertadores semi-final with Atletico Nacional.