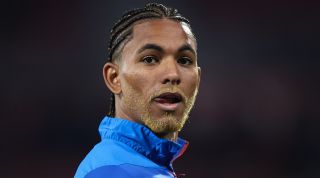 No club in the Premier League has spent more money this summer than the £83.5m paid out by last season's Championship play-off winners.

And that figure will rise close to £100m once Villa complete a £15m deal for Douglas.

The Brazilian has never played a senior game for City, who signed him from Vasco da Gama in 2017.

He has spent the last two seasons on loan at Girona, making 36 appearances in all competitions.

And while Villa still need to sort out a work permit for Douglas, they are expected to tie up all the loose ends in the coming days.

What Ravel Morrison did next: the new Blade's winding post-Manchester United career