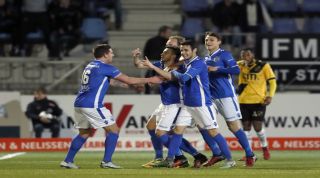 A season ticket at Den Bosch can be purchased next season for an initial flat fee of €25. Then the team's home results will indicate how much fans pay at the end of the 2017/18 campaign.

For example, the Dutch club finished with eight home wins and six draws in 2016/17. This means, under the new scheme, fans would have paid €110 on top of the initial €25 to see their team play.

But they needn't fear expensive success: if Den Bosch go on to enjoy a dream season where they win lots of home matches, the club have agreed to cap the maximum amount fans have to pay per season ticket should the figure look like it may start to get out of hand.

Even better for keen supporters, if you get a season ticket now you also get a free home shirt chucked in too. Bosch!