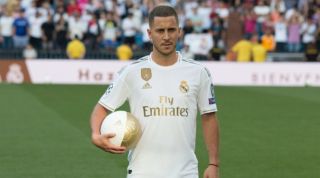 Law worked for the Premier League club between 2005 and 2018 in various roles, including mediating transfer and contract negotiations.

He revealed in an interview with Goal that the club missed out on some big-name players after their 2006 move from Highbury to the Emirates Stadium, as they struggled to compete with their domestic rivals in the market.

“We had the financial muscle, but the risk-reward calculation wasn’t clear,” he said.

“Spending a lot of money on a player that didn’t work out would have really put the club in some financial straits.

“Did we miss out on talents? Certainly. I remember sitting in meetings with Steve [Rowley], Ivan [Gazidis] and Arsene [Wenger] and gnashing our teeth over Thibaut Courtois. We knew he was good.

“Eden Hazard as well, we wanted to do that deal. But there was a sense of responsibility and running the club prudently, all the time knowing that every £1 we spent we had to act as if it was our money.

“It was very, very difficult.”