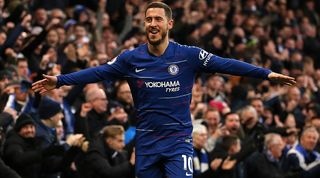 The Belgium international has been heavily linked with a move to the Santiago Bernabeu throughout the campaign.

Hazard's contract expires in June 2020 and there has been speculation that Madrid may delay their move until then in order to avoid paying a transfer fee.

However, Chelsea have now concluded that they cannot afford to risk the forward leaving for nothing due to UEFA's Financial Fair Play rules.

A big-money sale - the Blues are holding out for £87m - would make it far easier for the club to meet their financial targets.

Hazard's 16 goals and 15 assists helped Chelsea secure a third-place finish in the Premier League this season.