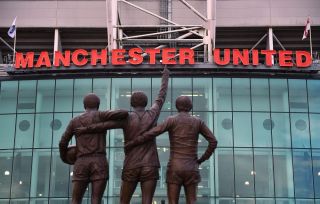 In a statement released during the second half of United's 2-1 Premier League win at Southampton, the club revealed Glazer, son of former majority owner Malcolm, is keen to cash in on 85 per cent of his shares.

Malcolm Glazer died in May at the age of 85.

According to details on the New York Stock Exchange website, where Manchester United plc is listed, Edward Glazer owns 3.5m shares, while selling 3m could see him pocket $49.29m based on the most recent price of $16.43 per share.

"Manchester United will not receive any proceeds from the sale of any Class A Ordinary Shares by [Glazer]," the statement read.

"The offering is expected to close on December 12, 2014, subject to customary closing conditions."

The sale comes just over four months after the Glazer family - United's majority shareholders - announced they would sell 8m shares, approximately five per cent of the club.