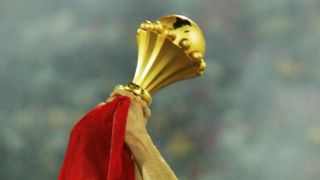 Egypt has been chosen as the new host country for the 2019 Africa Cup of Nations, CAF has announced.

Cameroon had been due to welcome to the competition until being stripped of that right at the end of November.

CAF deemed Cameroon unfit for the tournament due to delays over their preparations, with the Africa Cup of Nations expanded from 16 teams to 24 this time around.

Africa's governing body announced the expansion in July 2017, after Cameroon – who are the defending champions – had been named as hosts.

South Africa had also been in the running to take over from Cameroon but reports have suggested a lack of backing from the government swiftly saw it become an unlikely choice.

Egypt will be the country to benefit from the change, as the tournament returns to the nation that hosted the 2006 edition – the Pharaohs lifting the trophy on that occasion.