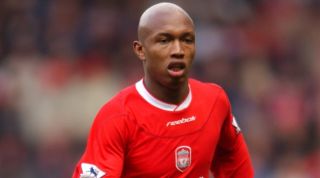 But Diouf, who played for the Reds from 2002-05, is doubtful that Klopp will be capable of getting a similar level of performance from his players next season.

"They were very good last season,” he told A Bola.

“I can’t believe they can play like this next season. They missed the chance to win the title.

“Every season is different and the way they have done it... it will be impossible to repeat such a good course.

"Their level of performance was incredible, and looking at how they lost the title of English champions with a distance of one point... we have to be realistic.

“City is a great rival because they struggled a lot to get to the title. In my opinion, Liverpool will not be able to produce the same level they produced last season.”

The former Senegal international had warmer words for compatriot Sadio Mané and his team-mate Mohamed Salah.

"They are the two best players in the world and their contributions to Liverpool can’t be underestimated," he said.