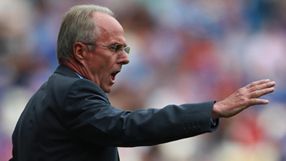 "If he wants to come I'm sure they would open the gates for him," Eriksson told reporters in Dubai when asked about the possibility of signing free agent Beckham.

"I still speak with him, although I don't know where he will finish up."

Eriksson signed an 18-month contract with Al Nasr on Monday and will oversee youth programmes and also work with manager Walter Zenga and the club's board to identify transfer targets.

Former Manchester United and Real Madrid midfielder Beckham, 37, has been without a club since leaving LA Galaxy last month and has been linked with moves to France, England, China and Australia.

"I can promise you the jobs with Ivory Coast, in Thailand and here are not for the money," he said. "Absolutely not. It's for a love of football, seeing new parts of the world and new football league."

AL Nasr are currently fifth in the 14-team Pro-League after 13 matches, 12 points behind leaders Al Ain.

Ahmed Khouri, the vice-president of Al Nasr Sports Club and Football Company, was hopeful that Eriksson's arrival would help close the gap.

"We aim to get back our deserved place on the podium. Eriksson is one of the veteran trainers and has worldwide experience. He has trained national teams and great clubs to gain that experience, starting in 1977. I hope we bring all the success to Al Nasr."