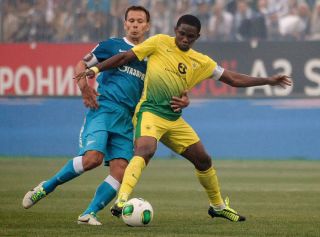 The 32-year-old Chelsea striker played in his country's final group qualification fixture against Libya on September 8, but was widely reported to have informed his team-mates he would not be available for their two-legged play-off against Tunisia.

Coach Volker Finke refused to confirm this at the time and Eto'o, who has won the African Footballer of the Year a record four times, has now apparently had a change of heart.

He will join up with the Cameroon squad for their first leg with Ruud Krol's men in Rades on October 13, which will be followed by the second leg in Yaounde on November 17 to determine which country will play in the World Cup finals in Brazil next year.

"You can have all the problems in the world but you have to see out your mission," Eto'o told Cameroon state radio.

"And this time it's to join my team-mates in Tunisia and return with a good result."

Former Barcelona and Inter forward Eto'o has scored 36 goals in 62 appearances for Cameroon.