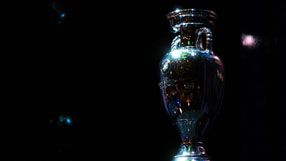 UEFA Secretary General Gianni Infantino said no more than one venue per country would be permitted, no host nation would be guaranteed qualification and that venues would be chosen in September next year.

European football's governing body had voted in December to stage the event in cities across the continent rather than one or two host countries, in a radical departure from the traditional format for major tournaments.

On Friday, it gave the first clues as to how it would allocate matches, ensure that host nations who qualified played at home and cut down travelling for fans in a region which comprises countries as far apart as Iceland and Kazakhstan.

"Ideally, we would like to keep travelling times down to a two-hour flight between matches for the teams and their fans," said UEFA President Michel Platini, adding that supporters could make use of low-cost airlines.

UEFA said that 12 cities would be awarded a package of three group games plus one knockout-stage game, either from the round-of-16 or quarter-finals.

A special 13th package would be awarded, consisting of the two semi-finals and final. Countries could present up to two bids each, one for the knockout matches and one for the final package.

Platini said that in his opinion Turkey, which had planned to bid as sole host for the tournament until December's decision, would be favourite to stage the semi-finals and final.

Infantino said no teams would qualify automatically for the tournament, potentially meaning that some host nations would not be taking part.

Those host nations which did qualify would be guaranteed two home games in their group but it would be pot luck in the knockout stages. Each six-team group would include a maximum of two host nations.

The decision to stage the semi-finals and final in the same venue takes the competition back to its early days when a four-team final stage was played. The full tournament format was started at the 1980 championship held in Italy.

"The 30,000 rule means that many more countries will be able to bid," said Platini.

"I tell them they should build," he added after being asked whether economic problems would discourage countries from bidding.

"It's an excellent business. A country which only has one stadium can welcome the euro and this a very good deal for many countries."

UEFA said countries would have to confirm their bids by September this year.