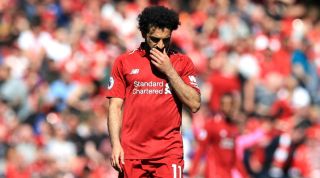 Liverpool are bracin themselves for a Real Madrid bid for Mohamed Salah this summer, according to French reports.

Real Madrid are reportedly ready to announce their capture of Chelsea's Eden Hazard after the Europa League final.

But, according to Canal+, Zinedine Zidane wants to bring in even more fire power – and sees Salah as the perfect fit.

The 26-year-old has 26 goals and 13 assists this season and is still to play in his second consecutive Champions League final for the Reds.

Madrid also have the added pressure of replacing Gareth Bale, who Los Blancos are evidently looking to sell this summer.

Liverpool are thought to be in no mood to sell one of their prized assets, but Madrid are preparing a proposal for the Egyptian regardless.

If Zidane & Co. fail in their puruit of Salah, they could immediately turn to his Liverpool team-mate Sadio Mané instead.