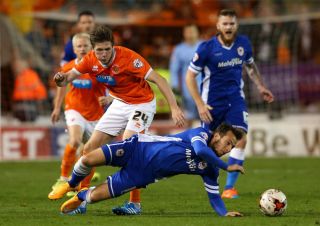 Lundstram joined Blackpool in August and had been set to spend the entire 2014-15 campaign at Bloomfield Road.

However, the midfielder will now return to Goodison Park after being recalled by his parent club.

Lundstram, who has represented his country at Under-17, Under-18, Under-19 and Under-20 level, found himself out of Blackpool's team in recent weeks, with the team struggling at the foot of the Championship.

He made 17 league appearances for Blackpool, but will now seek to break into the first-team picture under Roberto Martinez.

Everton face Hull City on New Year's Day before facing West Ham in the FA Cup third round on Tuesday.