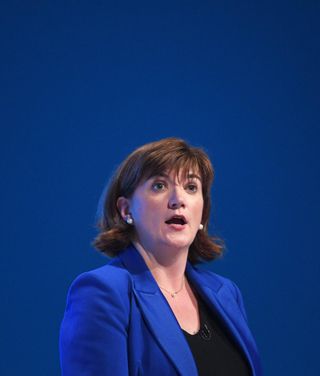 The Football Association has been advised to “reconsider” its relationship with bet365 by Nicky Morgan, the secretary of state for Digital, Culture, Media and Sport.

The bookmaker streamed 23 FA Cup third-round matches last weekend as part of the deal it signed with the FA in January 2017. The matches were only available to watch if the customer had placed a bet or put £5 in an account in the 24 hours before kick-off.

All third-round matches last weekend were delayed by one minute to publicise the FA’s ‘Heads Up’ mental health campaign, backed by FA president Prince William, which appears to jar with the bet365 tie-up given the link between problem gambling and mental health issues.

This is a contractual matter for the FA & Bet365 but things have moved on since the contract was signed & I hope they will re-consider https://t.co/KJA7o0LDiU— Nicky Morgan (@NickyMorgan01) January 8, 2020

The FA has said it will review this element of how it sells its media rights in the future, with the bet365 deal due to run until 2024. However, Morgan appeared to call on the governing body to look at the deal to see if there was any way out before that.

She wrote on Twitter: “This is a contractual matter for the FA & Bet365 but things have moved on since the contract was signed & I hope they will re-consider.”

Sports minister Nigel Adams added on the social media platform: “The gambling landscape has changed since this deal was signed in early 2017.

The gambling landscape has changed since this deal was signed in early 2017. All sports bodies need to be mindful of the impact that problem gambling can have on the most vulnerable. https://t.co/fDJREk2Ojw— Nigel Adams (@nadams) January 8, 2020

“All sports bodies need to be mindful of the impact that problem gambling can have on the most vulnerable.”

Duncan Selbie, the chief executive of Public Health England whose Every Mind Matters campaign was also publicised during the recent round of FA Cup matters, said: “PHE is currently reviewing the evidence about the health harms of gambling, which we believe are wide-ranging.

“Our report will provide sports governing bodies a fresh opportunity to review their relationships with gambling.”

That relationship between gambling and sport is an intimate one. Premier League clubs work with betting partners while the EFL’s title sponsor is Sky Bet.

It is understood the EFL’s streaming arrangement with its betting partners differs in that all the games are available elsewhere – either via television or club websites.

The Royal Communications office at Buckingham Palace said the Duke of Cambridge had no comment to make on the matter.