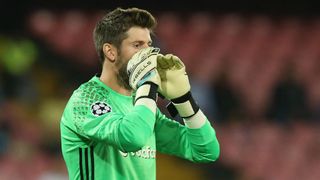 The 30-year-old Spaniard has been lined up to compete with incumbent Marcus Bettinelli on the London club's return to the Premier League.

And it now appears a mere formality until the former Real Betis and Deportivo La Coruna gloveman is confirmed as Slavisa Jokanovic's third signing of the off-season.

"I have been very interested in the Premier League for a long time now," Fabri told Turkish broadcaster A Spor.

"Fulham and Besiktas have an agreement in principle, only signatures are missing. I think it is time for me to go for another adventure.

"I want to thank Besiktas for everything. I am happy to have been here and to have done my best."

Should the switch be completed as expected, Fabri will join Jean Michael Seri and Maxime Le Marchand as new additions at Craven Cottage.

Besiktas, meanwhile, have reportedly identified Arsenal's David Ospina as the ideal replacement for their outgoing number one.