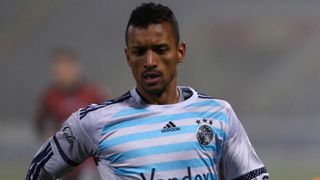 Fenerbahce have rejected an offer of €20million for winger Nani from an unnamed Chinese Super League (CSL) club, according to chairman Aziz Yildirim.

Nani moved to the Turkish Super Lig side from Manchester United in the close-season, having spent the previous campaign on loan at Sporting Lisbon where he started his career.

Fener have now claimed that Nani is the subject of interest from China, with clubs in the CSL spending big so far in January in a bid to raise the profile of the league.

Yildirim claims Portugal winger Nani has been offered vast sums to follow suit, but insists neither Fener nor the player have any intention of cashing in.

"We've received an offer initially of €17m for Nani from a Chinese club. Yesterday they raised their offer to €20m," Yildirim said at a council board meeting.

"If we were disposed to sell Nani, they would offer €25m. But we rejected this and told our player that we don't want to sell him.

"The club offered Nani €10m per year but he also didn't want to leave and told us: 'I want to win the league title here. If I want to leave we talk again at the end of season'.

"I thank him for his manner."