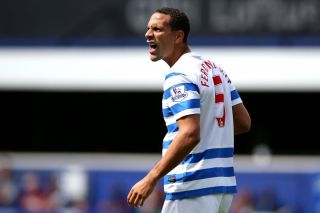 The 35-year-old moved to QPR on a free transfer in the close-season, bringing to an end a trophy-laden 12 years at Manchester United.

Approaching the twilight of his career, Ferdinand is already thinking of his future after retirement, and has announced his intentions to gain his coaching qualifications with a view to one day taking the top job with England.

"Everyone has dreams of playing for England and my dream after football is to manage England," he told the Daily Mail.

"I don't expect the chance now, but once I get the badges I am there. If I don't get a job in management I will wonder why.

"I will give myself the best opportunity of getting the job by getting all the badges.

"I don't think people should start shouting the odds about the opportunity to manage clubs until they have their badges. I am not sitting here saying 'give me a job' because I don't have them yet."

And Ferdinand believes England should follow the example of some of their rivals in promoting young coaches from within.

"[Joachim] Low, [Jurgen] Klinsmann were young geezers when they started out with Germany," he said.

"Look at [Marco] Van Basten, [Jose] Mourinho, [Pep] Guardiola and Luis Enrique - they are not old fellas but they were given a chance. It is different in this country. We are 10 years behind in certain situations.

"We have to do what's best for English football."