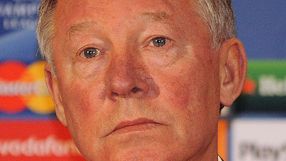 Ferguson supported the principle of stringent testing to keep drugs out of football but said forcing players to notify testers of their whereabouts for an hour a day would be difficult.

The measures are due to be introduced next year under the new World Anti-Doping Agency (WADA) code which comes into force from Jan. 1.

"It's going to cost the FA an absolute fortune to implement all this," Ferguson told reporters.

"Of course we support the need to drive out any signs or hints of drugs in the game but the implementation and the way they are trying to do it is very difficult."

Ferguson said the procedures to be followed were "becoming a real nuisance.

"If you give a player a day off you've got to notify the FA where he is for one hour of that day that he's off so that if they want to go and test him or see him they know that address.

"Sometimes you might say to yourself 'maybe we'll give them Sunday off' and then we have to notify the FA they're not in training and all the addresses they are going to be (at) and the players have to furnish you with that information.

"You know young people today," he added. "They might sit in the house and the wife might say 'do you fancy going shopping?' and they might even forget that hour they (the testers) can turn up at the door."

Ferguson, who stood by United defender Rio Ferdinand when he was banned for eight months in 2003 for missing a drugs test, added: "It makes us very conscious of how we can give players days off.

"Cristiano Ronaldo and Nani might want to go back to Portugal for the day. It's very difficult."