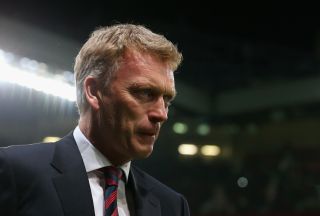 Moyes has overseen United's worse start to a league campaign in 24 years with only two victories in the Premier League from their opening six games, but Ferguson does not believe it is time to panic.

The former United manager identified his successor after making his decision to retire earlier this year and is confident Moyes will turn their fortunes around.

"I'm not interested in managing again or getting myself worked up about Manchester United's results," he told PBS.

"United are in good hands with David Moyes. He will be fine. He’s a good manager.

"You would be throwing your money down the drain if you put any money on me coming back as a manager.

"I made my decision. The timing was perfect. There is no way back for me now. I've got a new life."

Moyes will aim to pick up a second win in the UEFA Champions League on Wednesday when United face Shakhtar Donetsk in Group A.

And he remains confident in his own ability to return United to winning ways.

"I've been in situations very similar to this at my old clubs - Everton and Preston North End," he said ahead of the clash in Ukraine.

"(To get out of it) You do the right things and I haven't changed what I've done. You continue to do the things and the results will come, there's no doubt about that."