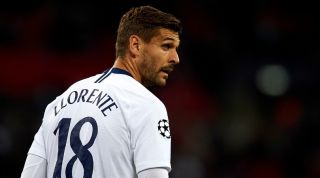 The Spain international has been without a club since departing north London at the end of his contract in June.

He has since been linked with moves all over the globe but appears to have his heart set on a return to Serie A.

ESPN FC report that the 34-year-old will sign a two-year contract with Napoli after being attracted by the prospect of Champions League football.

The Spaniard scored crucial goals against Borussia Dortmund and Manchester City in the competition last season during Spurs’ run to the final.

He will now undergo a medical ahead of sealing his return to Italy, where he starred for Juventus from 2013 to 2015.

The outlet adds that Tottenham had the option to extend Llorente’s contract before it expired but decided not to.