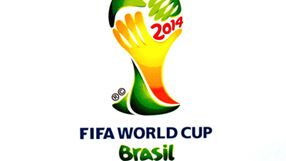 The global footballtournament, followed by the Olympic Games in Rio de Janeiro two years later, will test Brazil's aspiration to become a developed nation. But delays in building stadiums and preparing hotels and airports to receive more than half a million football fans could turn the event into an embarrassment.

In June Brazil will host the eight-nation Confederations Cup, a dress rehearsal for the World Cup.

FIFA has twice agreed to push back the handover deadline of four of the six stadiums to be used in the Confederations Cup and FIFA General Secretary Jerome Valcke warned on Monday that there will be no further extension beyond the April 15 delivery date.

"We cannot go beyond this date. There cannot be any further delays. All the stadiums must be ready by then," Valcke said after inspecting work on the new Mané Garrincha stadium in Brasilia, where Japan play Brazil on June 15 in the opening game of the Confederations Cup.

Despite the warning, the giant Maracana stadium which will host the finals of both the Confederations Cup and the World Cup will not meet FIFA's deadline as its owner, the state government of Rio, has already said it will not be ready until the end of May.

The Mané Garrincha stadium in Brasilia is 87 percent complete and builders are working round the clock to erect steel trestles that will hold up the roof covering 70,000 seats at the second largest of the 12 stadiums to be used in the World Cup.

Even at completed venues there is still work to be done.

Valcke could not make any calls on his cell phone at the Arena Castelao in the northern city of Fortaleza, where the first of Brazil's 2014 World Cup stadiums to be ready held its first matches on Sunday.

The FIFA official signed an agreement with Brazil's communications ministry on Monday committing Brazil to add cell phone antennas and other communication systems around the 12 World Cup stadiums.

"There will be a 4G level of communication all around the country," Valcke told reporters, before leaving Brasilia for Salvador, where the Fonte Nova stadium is 90 percent complete.

There are still concerns about the Recife stadium, which is 83.6 percent complete according to contractor Odebrecht, and the Maracana is only 80 percent ready and the furthest behind schedule.

Maracana should have reopened in February after its $450 million renovation but delays have forced a postponement.

Venue of the 1950 World Cup final, in which Uruguay upset hosts Brazil in an unforgettable decider, Maracana was once the world's largest stadium packing crowds of up to 200,000 people.

The upgraded stadium, with a reduced capacity of 76,000 spectators, is due to reopen on June 2 with a friendly between Brazil and England.

A nightclub fire that killed 231 people in southern Brazil on Sunday raised security concerns in Brazilian sporting venues but Valcke rejected any connection to football.