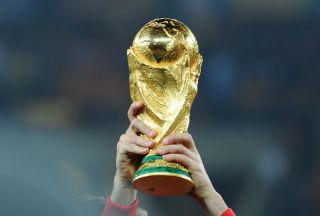 Morten Olsen's side are currently third in Group B on 12 points from eight matches, one point behind Bulgaria with Italy having already qualified for the 2014 showpiece with 20 points.

The Danes are looking to qualify for their fifth World Cup, but will have to better Bulgaria's results in the remaining two games to reach the play-offs.

Facing Italy is not what Olsen will have wanted with so much on the line for his players as defeat on Friday and a Bulgaria win against Armenia would end Denmark's dreams of finishing second.

Denmark have only beaten Italy once in their last seven meetings and fell to a 3-1 loss when the sides last faced each other in Milan in October 2012.

Olsen, though, has plenty of talent available at his disposal as the likes of Viktor Fischer and Christian Eriksen have both impressed at club level in recent weeks.

Fischer has established himself at Ajax this season and shone in their 1-1 draw with Milan in the UEFA Champions League last month, while Eriksen has hit the ground running in the Premier League since his arrival at Tottenham from the Amsterdam club at the end of August.

Much will depend on the duo maintaining their recent form, while injuries within the Italy squad could give Denmark further hope.

Mario Balotelli was absent from training on Wednesday with an unknown injury problem, while Marco Verratti and Lorenzo Insigne are both minor doubts after missing sessions earlier in the week.

Italy were the second nation after the Netherlands to qualify from Europe for next year's tournament and coach Cesare Prandelli is expected to experiment with his line-up in their final two matches of the group.

Prandelli's side are unbeaten in the group so far, winning six games and drawing the other two, and will want to extend that run despite already securing top spot after their 2-1 victory over Czech Republic last month.