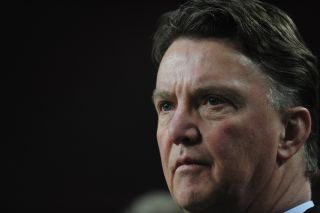 Van Gaal's side were the first European nation to qualify for next year's FIFA World Cup after their 2-0 win over Andorra last month in Group D, but with important ranking points available the coach has urged his side to finish their qualification campaign on a high.

They take on second-placed Hungary on Friday as Sandor Egervari's men battle Turkey and Romania for a play-off spot, with just one point separating the three sides with two games remaining.

Hungary got their campaign back on track with a 5-1 victory over Estonia in September but after not winning any of their previous three matches, they are left fighting to stay in contention for a top-two place.

Facing a team who have sealed qualification and have nothing to play for may have raised their hopes of a victory in Amsterdam, but Van Gaal is adamant that his players will be going all out for the three points.

"Outside (Arjen) Robben, (Robin) Van Persie, and (Kevin) Strootman, everyone should still [aim to] prove [themselves] to get a ticket to Brazil and they know damn well," the coach said.

"These are all test matches. There are plenty of challenges for the players, for me and the staff to prepare for these competitions and go.

"We are highly motivated and passionate. The people also see that, and it shows given the fact that we play Friday in a sold out stadium.

"That's a great compliment. Overall I have nothing to complain about the commitment and passion of my group. "

Netherlands have won seven of their eight matches – drawing the other – on the way to sealing a place at their 10th World Cup finals.

The 2010 beaten finalists will be without Van Persie (toe), Gregory van der Wiel (knee), Stijn Schaars (knee) and Jonathan de Guzman (groin) but Leroy Fer and Nigel de Jong are back in the squad.

Adam Szalai has been ruled out for Hungary with flu, but may be fit for their clash with Andorra on Tuesday.