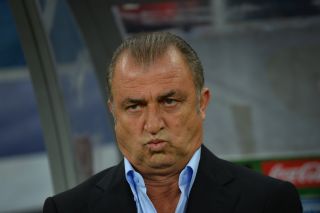 Fatih Terim's men currently occupy second place in their European qualification pool - nine points behind the Netherlands - with the play-off race well and truly on.

Romania and Hungary, who face Estonia and Andorra respectively in their final games, are both able to make the play-offs, although Turkey boast a superior goal difference going into the last round of fixtures.

Terim's side will head into the game with confidence, having won their last five qualifiers while conceding just one goal in those games.

In Buruk Yilmaz, they also have an in-form striker to call upon, with the Galatasaray forward scoring five times in those five victories.

However, Turkey will also need to be aware of the fearsome form that Louis van Gaal's men are in, with the Netherlands having not lost a World Cup qualifier since September 2001.

A 2-0 win over Turkey in the reverse fixture last September formed part of their 31-game unbeaten streak, with the most recent addition to the run being last Friday's 8-1 demolition of Hungary.

While Van Gaal's men may struggle to hit eight past Turkey, the coach is hopeful for a repeat of the effort and application that was on show in Amsterdam.

"We put the opponent under pressure for the full 90 minutes. The effort and the willingness was enormous," he said.

"It's a difficult process to squeeze right from the start and then to sustain it."

Robin van Persie scored a hat-trick against Hungary to overtake Patrick Kluivert as his country's record goalscorer, meaning he is sure to go into the match in Turkey full of confidence.

Van Gaal can also look to his resolute defence, who have kept five clean sheets in nine qualifiers, as he seeks to end qualification on a high.