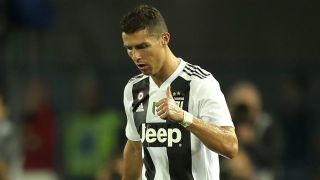 Cristiano Ronaldo's arrival at Juventus has undoubtedly boosted their chances of winning the Champions League, according to compatriot Luis Figo.

Juve have not tasted success in Europe's elite club competition success since beating Ajax in the 1996 final on penalties, but have reached two of the last four finals.

Real Madrid – with Ronaldo - and Barcelona denied them on those occasions but Portugal legend Figo believes the Juve's fortunes are changing thanks to the arrival of his compatriot.

"In recent years, the Bianconeri have reached the final stages of the Champions League without Ronaldo and this year have many more chances to win on paper, even if football is unpredictable as we know," Figo told DAZN.

"Surely Juventus now have more options. Cristiano guarantees quality and goals because he is a winner, the best in the world.

"I hope he will have a good experience in Italy and make the most of these last few years, which will go very fast."

However, when asked which Ronaldo he would trust more in front of goal, the 45-year-old could not go past his Brazilian former teammate at Madrid.

"As long as Cristiano Ronaldo hasn't stopped playing, I will say Ronaldo was number one in front of goal, but they're both players who guarantee goals," Figo said.

"The important thing is to put them in the position to score, then they do the rest."

Since making the move to Juventus before the start of this season, Cristiano Ronaldo has bagged seven goals in his opening 10 Serie A appearances.