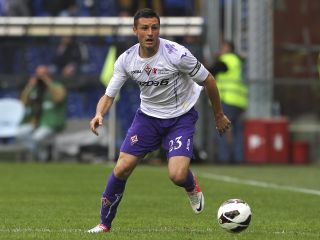 The 31-year-old defender has been with the Serie A club since 2005 and his association with Fiorentina will now run into a decade of service after he confirmed a new deal beyond the end of his current contract, which was due to expire next year.

Pasqual has played in seven of Fiorentina's eight league games so far in 2013-14, including Sunday's 4-2 win over champions Juventus, and is delighted to have completed contract negotiations.

"I have signed until 2015 with an option of staying until 2016," said the Italy international.

"I've also got some bonuses tied to appearances.

"We started negotiating back in April, but Fiorentina wanted to settle in the best way possible – that's why it took us more time than it usually would.

"I had originally asked for a two-year deal, but the club only give one-year contracts to players over 30."

Pasqual has made 275 appearances in total for Fiorentina after joining from Arezzo.