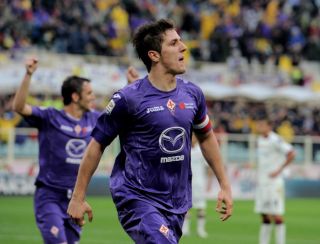 The Montenegrin attacker has been linked with a move away from the Stadio Artemio Franchi throughout the close-season following an excellent Serie A campaign last term.

He is set to become City's fourth signing of the transfer window, joining Fernandinho, Jesus Navas and Alvaro Negredo after Fiorentina revealed that they had reached an agreement with the Premier League club.

The news comes just a day after Sevilla confirmed that striker Negredo would also be moving to the Etihad Stadium, with new manager Manuel Pellegrini eager to boost the club's forward line as City aim to reclaim the Premier League title they lost to neighbours Manchester United last season.