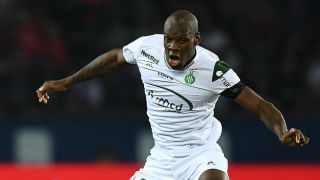 Fiorentina have announced the signing of Bryan Dabo, the French midfielder joining from Saint-Etienne.

Dabo, who is reported to have cost the Serie A side €4million, will undergo a medical on Tuesday but Fiorentina confirmed the deal has been completed.

The 25-year-old was at Montpellier when the club won the Ligue 1 title in the 2011-12 season, though he had yet to break into the team.

Dabo, called up for France's Under-21 team in 2013, was booked in his last five Ligue 1 appearances for Saint-Etienne.