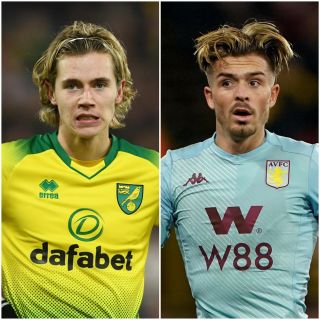 Tottenham, along with Manchester rivals City and United, are in the hunt to sign Norwich midfielder Todd Cantwell next summer, the Daily Mail reports. The 21-year-old scored his sixth goal of the season against Crystal Palace on Wednesday and is valued at £30million.

United will pursue Aston Villa’s Jack Grealish and Leicester’s James Maddison as their main transfer targets in January, The Independent reports. Grealish, 24, has been Villa’s standout player this season, while Maddison has earned an England cap. Either player would be a useful addition to United’s midfield, which has suffered lately through injuries to Paul Pogba and Scott McTominay.

Arsenal are keen to land Bournemouth defender Nathan Ake in January, according to the Daily Telegraph. Ake, 24, has been in fine form for the Cherries this season, and new Gunners boss Mikel Arteta is said to be enthused about the Holland defender.

Aston Villa are poised to swoop for Chelsea’s Belgium striker Michy Batshuayi, says French website Foot Mercato. The 26-year-old has been overshadowed at Chelsea this season by the emergence of Tammy Abraham, with all of his Premier League appearances coming off the bench. Villa are said to be keen to attract him on a loan deal in January, with a view to making the move permanent if all goes well.

Jack Butland: Aston Villa are poised to move for the Stoke goalkeeper after losing Tom Heaton to injury, the Daily Mail reports.

Olivier Giroud: Chelsea’s France forward could be on his way to Aston Villa, The Sun reports.