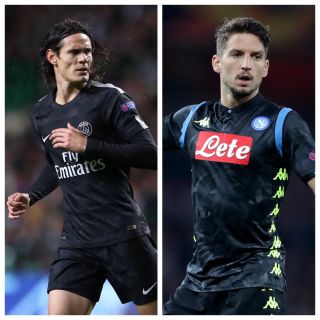 Chelsea are hoping to sign Edinson Cavani from Paris St Germain after his move to Atletico Madrid fell through, says the Daily Mail.

But The Daily Telegraph reports that Chelsea are set to make a late second bid to sign Napoli and Belgium forward Dries Mertens after their first approach was rejected.

Tottenham are willing to allow Kenya midfielder Victor Wanyama to leave the club, but only if their £8million asking price is met. Celtic are interested in the 28-year-old, according to the Daily Mirror.

Pierre-Emile Hojbjerg: Tottenham are interested in the Denmark midfielder, but Southampton are unwilling to let their club captain leave, the Daily Star says.

Ravel Morrison: Middlesbrough want the Sheffield United midfielder, according to The Sun.

Noni Madueke: The PSV and England Under-18 midfielder is attracting both Arsenal and Wolves, the Daily Mail reports.