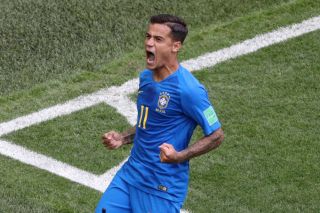 Barcelona’s Philippe Coutinho is considering making a Premier League return with Chelsea, the Daily Express reports. The Brazilian, who previously played for Liverpool, has struggled to make an impact since departing for LaLiga. Manchester United and Paris St Germain are possible destinations for the 27-year-old, but Sunday Times journalist Duncan Castles is quoted as saying the player’s “preference would be to go to Chelsea”.

Spanish veteran goalkeeper Asier Riesgo is being targeted by compatriot Pep Guardiola to strengthen Manchester City in the hunt for a hat-trick of Premier League titles. The 35-year-old is out of contract at Eibar and could go to the Etihad on a free transfer, The Sun reports. He would serve behind first-choice Ederson of Brazil and Chile’s Claudio Bravo, allowing Kosovo international Aro Muric to be loaned to Nottingham Forest, the paper adds.

Manchester United are searching for a possible replacement for Paul Pogba and have reportedly been offered Youri Tielemans by Monaco. The Belgian midfielder’s stock is high after spending the second half of last season on loan at Leicester City. The Daily Star says the Red Devils have been offered Tielemans for £40million, although the Telegraph claims the club have declined to make a bid.

With a question mark still hanging over Gareth Bale‘s future at Real Madrid, German side Bayern Munich may be willing to offer him an escape from the Bernabeu, The Sun reports. Boss Niko Kovac could turn to the £350,000-a-week Welsh star as he seeks replacements for wingers Arjen Robben and Franck Ribery, the paper says.

Tanguy Ndombele: The 22-year-old is open to leaving Lyon for Tottenham, Telefoot reports.

Dorukhan Tokoz: Liverpool want to sign the 23-year-old Turkish midfielder from Besiktas, according to Fotomac.