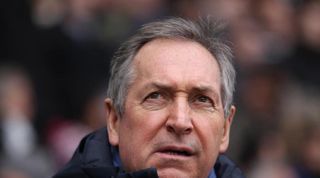 Brendan Rodgers' men sit five points clear at the top of the Premier League with three games remaining, and are currently on an 11-game winning streak.

Victory over Norwich City last weekend, combined with Chelsea's defeat to Sunderland, means Liverpool can move a step closer to secure the title when they face Jose Mourinho's men at Anfield on Sunday.

And Houllier - who managed Liverpool between 1998 and 2004, leading them to a second-place finish in 2002 - feels the Merseyside club have the qualities land a first top-flight crown since 1990.

"Yes, they will (win the title)," the Frenchman told the Liverpool Echo. "They have three games, but the team has got consistency and a lot of confidence.

"They play and they go forward, they will always score goals, and they want it so badly that I think they will finish even stronger.

"We came close to winning it in the past, whether it was with me or Rafa Benitez, but we never quite managed it.

"But hats off to Brendan. I appreciate his philosophy and the way he goes about managing people. I like the man as much as I like the manager. He has done a remarkable job.

"It would be the best reward for the fans to have a league title."