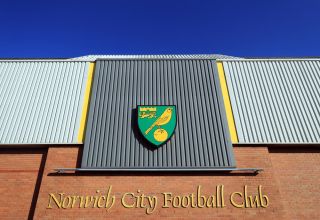 Norwich have expressed the club’s condolences following the death of former defender Duncan Forbes aged 78 after a lengthy battle with Alzheimer’s disease.

Forbes, who died in a local care home on Wednesday evening, made 357 appearances for the Canaries having signed from Colchester during September 1968.

The commanding centre-back was part of the side which won the 1971-72 Second Division title to secure Norwich’s promotion to the top flight for the first time.

Forbes also captained Norwich twice in League Cup finals at Wembley, which both ended in defeat against Tottenham in 1973 and Aston Villa two years later.

Norwich joint majority shareholders Delia Smith and Michael Wynn Jones said in a statement on the club website: “Duncan was a commanding figure, both on and off the pitch.

“He was the backbone of our defence for many years. Unrelenting in the tackle and an inspiration to the rest of the team whom he would call out in a voice that could be heard way outside the ground.

“City to the core, and one of the nicest men you could hope to meet, Duncan will be sorely missed by the club, but his legacy will forever live on.”