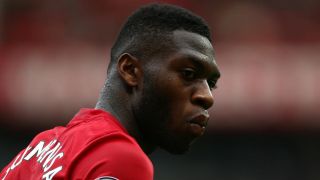 Timothy Fosu-Mensah is determined to remain at Manchester United and help the Premier League club through their injury woes.

Fosu-Mensah spent last season on loan at Crystal Palace but the versatile 20-year-old Dutchman wants to stay in Manchester.

"Last year, I was at Crystal Palace, I think I improved there and I've come back a better player," said Fosu-Mensah.

"I can play right-back, right wing-back, centre-back, in midfield. For me, it's possible. I've played centre-back and right wing-back [on the tour] so for me it's not a problem. I wouldn't say in goal -- in goal I would be very bad."

Fosu-Mensah had featured on the club's pre-season tour of the United States, where Mourinho's men suffered a 4-1 International Champions Cup loss to Liverpool on Saturday.

"I have to take it day to day," Fosu-Mensah said. "I'll keep working hard and if the manager needs me I'll be ready.

"The tour has been good. We've played against quality opponents. We tried to train how we want to play so I think it has been really good for us.

"I'm focused on my training sessions and on the games. The next game is Real Madrid and we have to focus on that now.

"It's very nice to play against a good club, against good players. Some of the best in the world. It's good to have that test and we're focused on that."