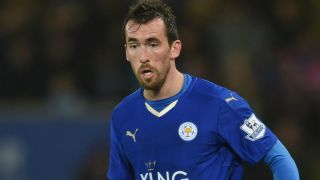 Leicester City defender Christian Fuchs is not worried about doubters continuously writing the club off this season.

Claudio Ranieri's men are an incredible three points clear at the top of the Premier League table, just twelve months after they were fighting for survival.

Many have expected to see Leicester fall of the pace, but after a run of poor results they managed to pick up an important win against Stoke City on Saturday and reclaim top spot in the table.

"We've broken this cycle of results so we're all happy and it was an important three points against Stoke," he told the Leicester Mercury.

"We're solid and we believe in ourselves. We are a really good team on the field and you guys can keep waiting, we will try to keep winning.

"People writing us off isn't a topic for us.

"We know there's a lot of writing about us outside the club and the press can talk and assume things but we focus on our work and we do it well."

Leicester's next run of games get a little more difficult, however, hosting Liverpool before away trips against Arsenal and Manchester City.

Liverpool (0-1) and Arsenal (2-5) are Leicester's only two losses in the league this season, and Fuchs says the side are prepared to get their revenge.

"We've got three games against big teams and they are important," he said.

"We want to win against Liverpool and the defeat to Arsenal was one of our worst games.

"It was our biggest defeat of the season and we want to win there. I don't see the game as Arsenal as a title decider.

"We're just having fun, we keep winning at the moment and we try to do our best."