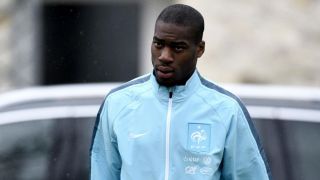 Inter appear set to announce the signing of Geoffrey Kondogbia, despite rivals Milan believing a deal for the Monaco midfielder was "all done".

France international Kondogbia has been heavily linked with both Milan clubs, but will reportedly undergo a medical with Inter on Monday having chosen to sign for Roberto Mancini's side.

Milan CEO Adriano Galliani felt his club were set to land the 22-year-old after positive negotiations, only to end up disappointed.

In quotes attributed to Gazzetta dello Sport, Galliani said: "At 1.30 [on Saturday] it was all done. Monaco had given the go-ahead for the sale of at €40m, with payment spread over two years -  €20m and €20m.

"And the agreement with Geoffrey, already settled the night before, had been confirmed in late morning by himself and by his father.

"After we exchanged the documentation, at 1.30pm everyone disappeared. Evidently they changed their minds or the others offered more.

"A 'no' is more difficult to accept than a 'yes', but we cannot accept these figures [reportedly offered by Inter].

"At times it requires more courage to get up and walk away from the table than to stay, so let's go."