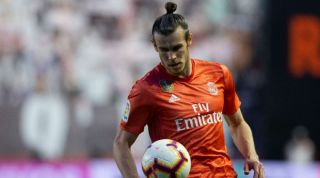 Real Madrid have struggled to find a suitor for Bale, but Inter Milan have emerged as a serious suitor, according to diarioGOL.

Antonio Conte will be managing the Nerazzurri next season and is keen on bringing the Welshman to Milan.

The report states that Conte already wanted ex-Tottenham Hotspur talisman during his time at Chelsea, but the Blues were reluctant to invest.

But at Inter, conte believes Bale can be the player around which he build a team to compete for Serie A.

And since Chinese tycoon Steven Zhang's takeover, Inter have had more cash at their disposal.

It's unclear, however, whether Real Madrid would still subsidise some of Bale's hefty wages or not.