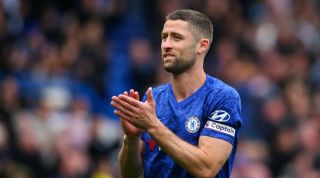 The England international worked under Conte at Stamford Bridge during his spell as manager there from 2016 to 2018, winning the Premier League and FA Cup together.

Cahill is set to leave the Blues this month at the end of his contract and Sport Mediaset claims that Inter are thinking about a swoop.

The 33-year-old is said to be under consideration as a replacement for Brazilian centre-back Joao Miranda if the former Atletico Madrid man departs San Siro this summer.

Cahill made just two Premier League appearances for Chelsea during the 2018/19 season after being frozen out by boss Maurizio Sarri.