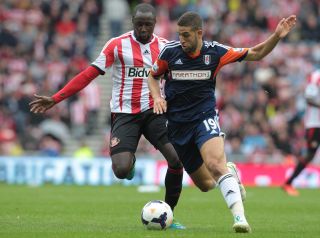 The 25-year-old made the switch to the Stadium of Light in June 2013 as part of former manager Paolo Di Canio's overhaul of the squad.

However, the former Basel midfielder has failed to break into the Premier League outfit's first-team plans this season.

That has brought about a switch to Gian Piero Gasperini's side, who occupy ninth position in Italy's top flight.

"Midfielder Cabral has joined Genoa on loan until the end of the season," Sunderland revealed on their official Twitter account.

Sunderland boss Gus Poyet also confirmed on Thursday that he is close to signing Estudiantes defender Santiago Vergini, while Catania's Argentinian goalkeeper Mariano Andujar is also on his radar.

"With Vergini, we're close," the Uruguayan said. "I've talked to him and it's well on the way. I've known him for years.

"I like the style of South American goalkeepers and Andujar is a player that I like and I know."