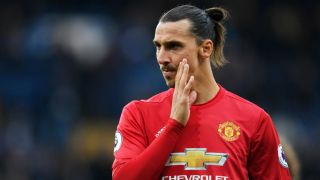 Ryan Giggs has hit out at the Manchester United players he claims were "laughing" following their 4-0 thrashing at Chelsea on Sunday.

Jose Mourinho's side were comprehensively beaten on the Portuguese's return to Stamford Bridge and Giggs, who spent 29 years at United as a player and a coach, was hoping the players would be hurting following an abject display.

He told the Premier League TV channel: "You can get beat in a football match, but then when you're getting beat and you're swapping shirts, that is something I don't like.

"If you get beat 4-0, you congratulate the opposition, you thank the supporters and then you get off the pitch.

"You don't stand around on the pitch swapping shirts and laughing with the team that's just beat you."