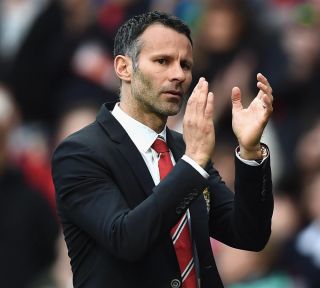 United have had a woeful campaign by their lofty standards, and have surrendered the Premier League crown with a whimper, currently sitting behind table-topping Liverpool by 20 points.

That poor record led to the dismissal of David Moyes less than 12 months into his six-year contract last week with United stalwart Giggs named as interim manager, and he started his tenure with a 4-0 triumph over Norwich City at Old Trafford on Saturday.

Reports suggest Giggs is an unlikely candidate for the role full-time, with Netherlands boss Louis van Gaal the hot favourite to take the reins, yet the Welshman is confident that whoever is in charge will have a team fully equipped to challenge for honours.

"We've got everything in place to have a successful season next year. We've certainly got the players," he said.

"It's going to be hard, obviously, because we've had a tough season and obviously the lads at Liverpool have improved and other teams around us have improved.

When asked if United were on the decline, Giggs responded: "We won the league last year. The year before we lost it on goal difference, the year before that we won it.

"Where did Liverpool come last year, seventh? Who would have said they would be where they are this year, so a lot can change."