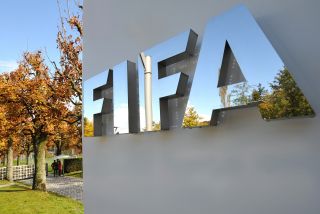 GoalControl CmbH will be the official GLT provider for the tournament in Brazil.

The Germany-based company won a tender process in April that incorporated both the Confederation Cup and the World Cup, and a satisfactory performance in the former has resulted in their services being retained.

Although the technology was not required to determine whether a goal had been scored in the Confederations Cup, the system met all necessary FIFA requirements and indicated every one of the event's 68 goals correctly while satisfying match officials.

A FIFA statement confirmed the news, adding: "The use of GoalControl-4D in Morocco and Brazil will be subject to a final installation test at each stadium, which is a standard procedure as part of the official certification process defined in the GLT Testing Manual."

FIFA have also announced GLT will be used in the Club World Cup, which will take place in Morocco during December.