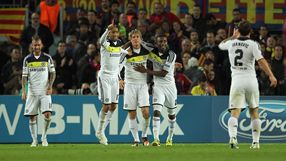 Chelsea, seeking their first Champions League title, progressed on Tuesday and will meet four-time winners Bayern Munich in the German club's own stadium on May 19 after the Bavarians knocked out Real Madrid on penalties on Wednesday.

Grant came agonisingly close to winning the trophy with Chelsea in the 2008 final, when John Terry slipped while taking a penalty that could have sealed the shootout against Manchester United on a rain-lashed night in Moscow.

"We were the better side and deserved to win but we didn't and I would be delighted if Chelsea won the Champions League now because they are my favourite team in the competition and I still have many friends there," Grant told Reuters.

Terry sent his shot on to the post after losing his footing and United went on to win their third title in Europe's premier club competition, leaving Grant and his players in anguish.

Asked if he thought victory in Moscow might have saved his job at Chelsea, the Partizan Belgrade boss said: "I don't think about it, I think about the game from time to time because we played against a team described by [United manager] Sir Alex Ferguson as the best United side since he took over [in 1986].

"It is amazing Chelsea have reached the final this season because they were second-best for long spells even in their previous knockout games against Benfica and Napoli.

"But they showed great heart and fighting spirit, they have fought like lions throughout the campaign so they deserve all the plaudits and anything can happen in one game now that they are in the final."

Chelsea scored two goals after Terry was sent off in the Nou Camp on Tuesday to earn a memorable 3-2 aggregate win over Barcelona but will miss their captain and three other key players through suspension in the final.

Grant, who took over from Jose Mourinho earlier in the 2007/08 season, said he believed luck had finally sided with Chelsea after their misfortune in Moscow four years ago.

"I saw the game on television with some friends and when [Lionel] Messi missed the penalty we agreed that maybe the writing was on the wall and that it's Chelsea's time now," he said.

Since being shown the exit door by Chelsea's Russian owner Roman Abramovich after the Moscow flop, Grant endured torrid spells at Portsmouth and West Ham United having failed to save the latter from relegation from the Premier League last season.

But his fortune seems to have changed at Partizan, who are on the verge of winning a record fifth successive league title after Grant took over in January.

Their 2-0 win over neighbours BSK Borca on Wednesday put them firmly in the driving seat of the 16-team first division, needing one point from their remaining four games to seal the club's 24th league title.