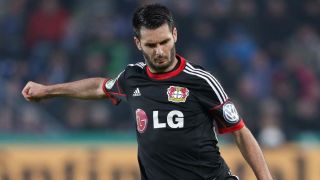 Hamburg have completed the signing of free agent Emir Spahic, almost three months after he was sacked by Bayer Leverkusen for headbutting a steward.

The Bosnia-Herzegovina defender saw his contract at Leverkusen terminated after the incident was filmed in the aftermath of April's DFB-Pokal defeat to Bayern Munich.

As well as leaving Leverkusen, Spahic was also hit with a three-month ban by the German Football Association (DFB).

That suspension is due to end on July 12, with Hamburg confirming the 34-year-old's signing on a one-year deal.

"We have discussed the incident in Leverkusen," Hamburg chairman Dietmar Beiersdorfer said in a statement on the club's official website.

"We also evaluated this issue internally and then decided to make the commitment."

Spahic joins a relatively new-look Hamburg, after the club were involved in the Bundesliga's relegation play-offs for a second season running last term.