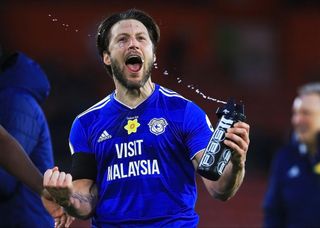 Fulham have signed midfielder Harry Arter on loan from Bournemouth.

The 29-year-old – Fulham boss Scott Parker’s brother-in-law – will spend the 2019-20 season at Craven Cottage, with an option to make the move permanent next summer.

Arter joined Bournemouth from Woking in 2010 and has made 255 appearances for the club, scoring 29 goals.

He spent the whole of last season on loan at Cardiff as they were relegated from the Premier League.

“Fulham is a fantastic club with a lot of ambition, who want to get back to the Premier League, and I hope I can help them achieve that this season.”