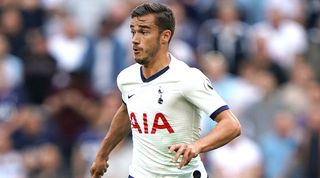 Spurs held City to a 2-2 draw at the Etihad Stadium on Saturday and the midfielder believes his team’s progress in recent seasons proves they can be contenders.

Mauricio Pochettino’s side finished fourth last season, 27 points behind Pep Guardiola's champions, and lost out to Liverpool in the Champions League final.

“I think they should worry about us," Winks told the Evening Standard.

"We've shown in the last few years that we can compete with the best teams in the Premier League and Europe.

"The manager doesn't allow fear in us. We don't go into any game beaten mentally. We go into every game knowing we can win and we can outperform them.

“Our mentality going into every game is to be on the front foot, press and try to win. That's probably why we came away with a good point."